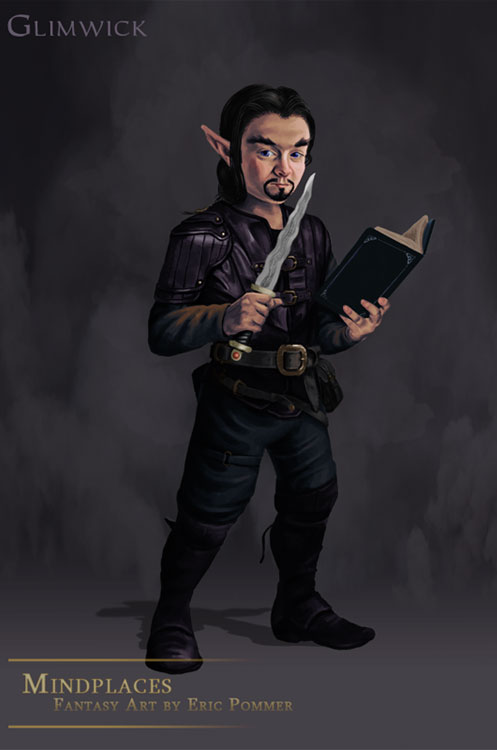 Glimwick is my character in a 5e campaign that has recently started. He's a gnomish Warlock with a Fiend patron and criminal background, from a homebrew setting where gnomes and halflings are enslaved by humans.

Glimwick is a forest gnome, captured early in his life by slavers and sold to a noble family to tutor their children. Given access to the manor's old and neglected library, he discovered books of forbidden knowledge there. Eventually he learned enough to make contact with a demon, who offered him the power to escape in exchange for his soul and service. Glimwick agreed and did what the demon demanded.

Glimwick was hunted for years after his bloody escape from the noble household, and he spent that time hiding with criminals and outlaws, eventually becoming a valued member of a gang of smugglers. His Mask of Many faces ability has kept him safe from capture, as he generally presents himself as a child, old woman, or dwarven tinker when in public.

Glimwick has a strong hatred for oppressors and slavers, and is primarily interested in overturning the political system that has victimized his people. Every so often, his demon patron requires him to kill someone with the dagger he was gifted (his Arcane Focus) in order to keep their pact alive.